Blue Rock transformed a vacant bank building that had been unoccupied for over 25 years. The three-story building spans over 12,000 square feet of shoppable space.

Existing architectural features of the bank are definitely celebrated. Ceiling cornices remain throughout the space while the bank’s vault, which dates back to 1922, and safety deposit rooms are reused as fitting rooms and a sales area. The bank president’s office was also converted into a sales area.

An elaborate space containing extensive woodwork, a chandelier and a fireplace is used as a sales area for women’s apparel, and a new grand steel staircase is suspended below a preexisting oculus and skylight.

The store earned the URBN Outfitters “Store of the Year Award” in 2012. 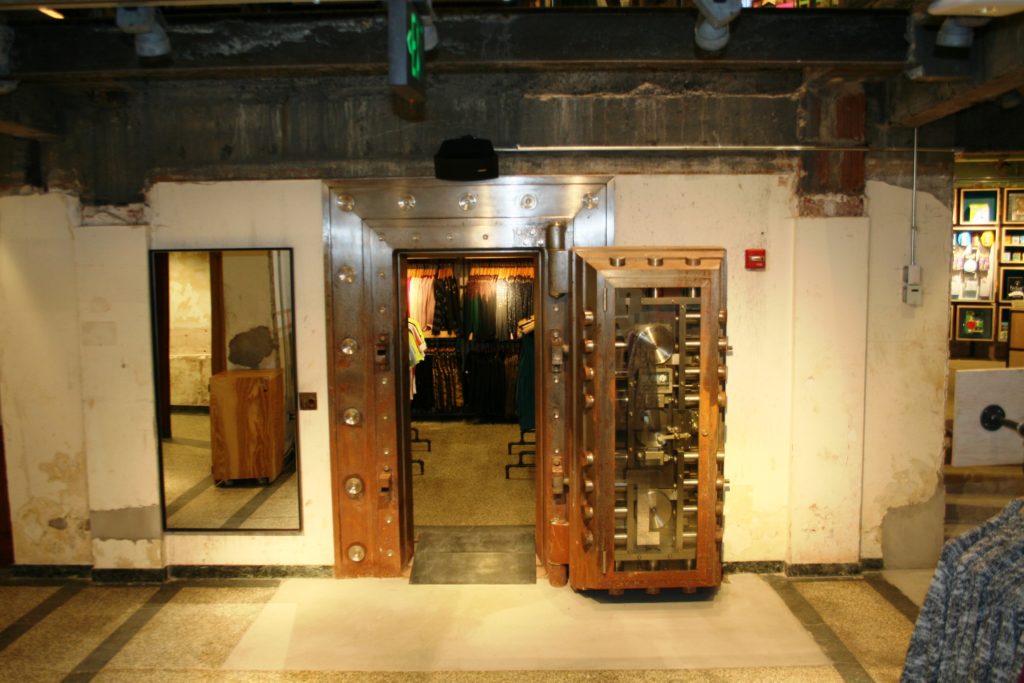 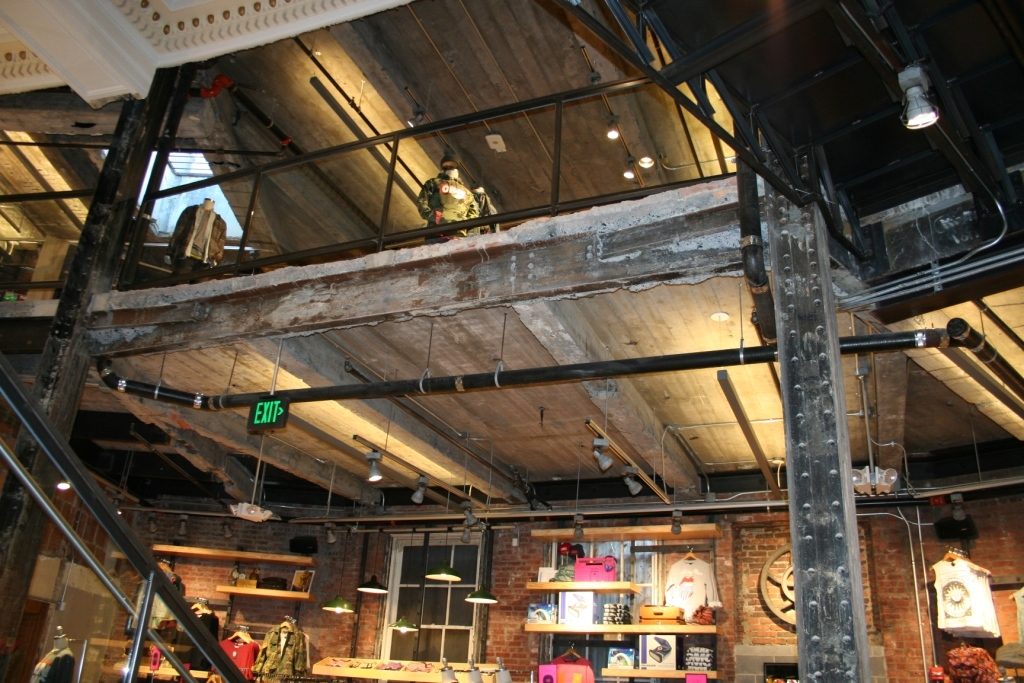